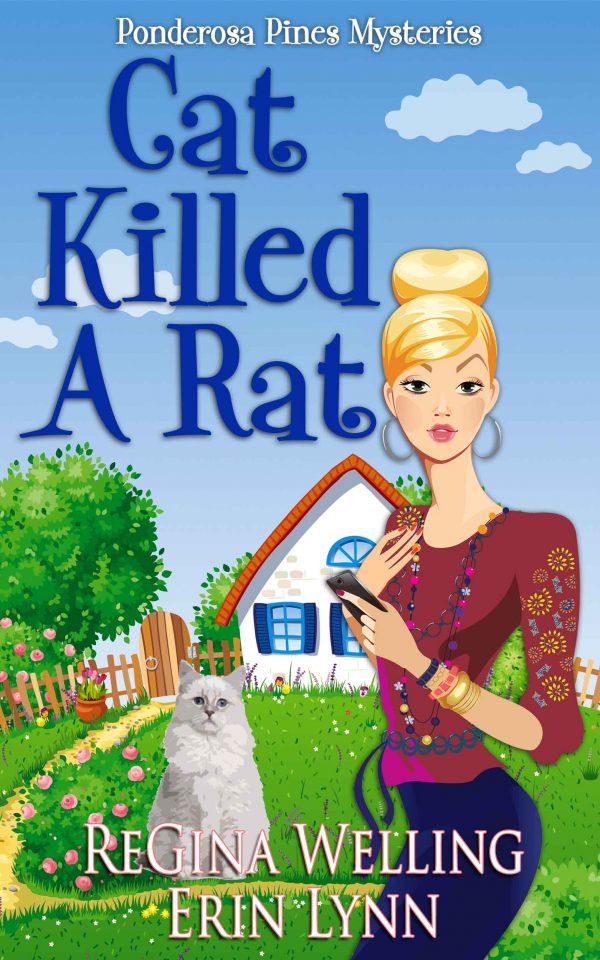 Nothing bad ever happens in Ponderosa Pines

That’s what anonymous gossip columnist Chloe LaRue and her best friend, town matriarch EV Torrence thought. But then, Luther Plunkett, a handyman with aspirations, raises a stink over building regulations, and promptly turns up dead.

Small-town mysteries have a way of snowballing out of control for someone who has been seen arguing with the now-deceased at a public function.

Before the body gets cold, EV becomes suspect #1 in the murder, and not even Chloe can stop the rumor mill from churning. Not since the founders argued over naming it Ponderosa Valley after a ranch on an old TV show, or Whispering Pines for the trees surrounding it have the residents of Ponderosa Pines been so divided.

Against Detective Nate Harper and Deputy Dalton Burnsoll’s orders, Chloe and EV mount their own investigation—but what they uncover might just rock the community to its very core. Could one of their own beloved citizens really be a killer?