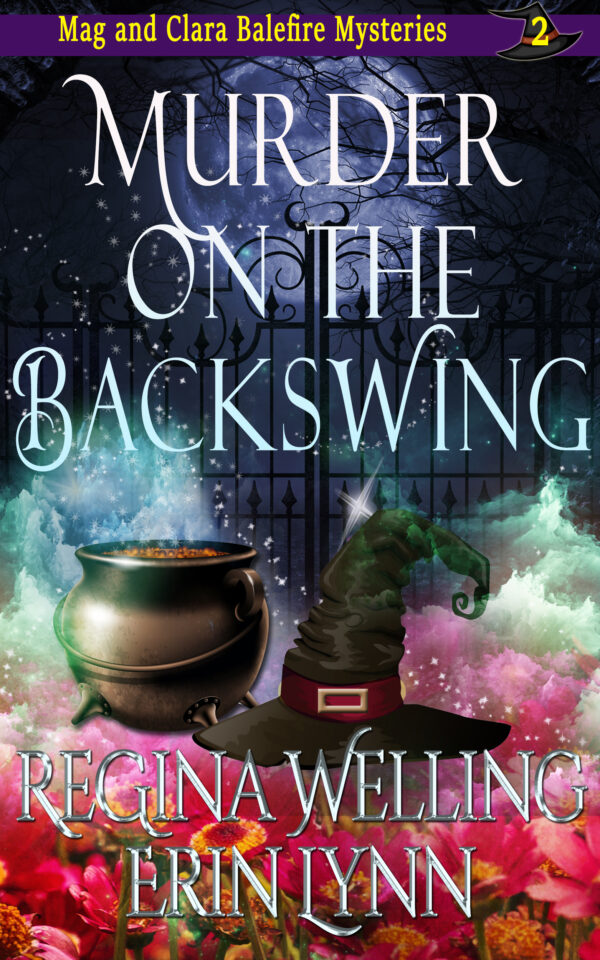 Murder on the Backswing – Book 2

Sister witches Margaret and Clara Balefire are beginning to wonder if they should have opened a detective agency instead of an antique shop.

Taylor Dean was the worst mailman to ever put on a uniform. Everyone in the sleepy hamlet of Harmony thought so, but that didn’t mean he deserved to get bashed in the head with a golf club. For Mag Balefire, the timing of his untimely death couldn’t have been worse since he’d been spotted arguing with her on the morning of his murder.

For the second time since moving to the sleepy hamlet of Harmony, Clara and Mag Balefire find themselves involved in a murder investigation—only this time, catching the killer means clearing the Balefire name.

As if trying to catch a murderer wasn’t enough, the mischievous elderly leader of the local coven seems intent on exposing magic to the entire town.

However, things aren’t always as they seem when it comes to ancient magic, and those powerful enough to wield it.