No Chance in Spell 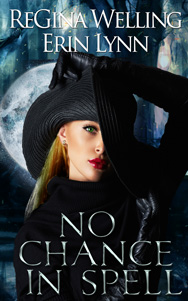 No Chance in Spell

You can’t keep a good witch down!

Clara Balefire spent the last quarter century imprisoned in stone for a crime she did not commit. Now she’s free and ready to take up where she left off.

Before she gets the chance, another young witch turns up dead. Half the coven blames Clara, the other half expects her to solve the crime.
What is a witch to do?

With two Balefire witches in the house, the job of Keeper of the magical flame is up for grabs and Lexi Balefire must choose between giving up the position or the chance to go out on tour with her musician boyfriend.
But first, there’s a murder to solve.

Buy now on Amazon
For availability in other stores, Click Here
Posting....