A Match Made In Spell – Book 1

What good is a witch with no magic?

I’m Lexi Balefire and I wear a lot of hats, but none of them are tall and pointy. I spend half my time making love matches that last forever, and the other half trying to keep my faerie godmothers from turning each other into toads. Or worse. I come from a long line of witches, some of them wicked, but none of that will matter if my magic doesn’t awaken before midnight on my next birthday. If I miss that deadline, I’ll never be a true witch. If my mother and grandmotherhadn’t used their magic to kill each other, one of them might have been able to give me the keys to the mystery and I’d be one step closer to claiming my Fate Weaver heritage. Now, I guess I’ll have to figure it out on my own. 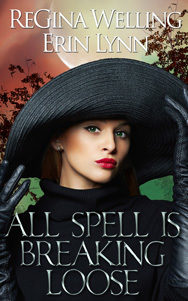 All Spell Is Breaking Loose – Book 2

Matchmaker Lexi Balefire just found out she’s no ordinary witch—she’s also a Daughter of Cupid—which explains how she’s always been able to recognize a true love match when she sees one. For the first time ever, Lexi’s own love life is heating up, and that’s not all she’s got on her plate. Presumed dead for the past 25 years, Lexi’s mother, Sylvana, has suddenly walked back into her life, and is about to reveal just how many skeletons are hidden in the Balefire closet. Can Lexi learn to trust her mother, or is Sylvana just after her daughter’s power? Lexi will have to figure out how to keep her new beau Kin Clark safe once all spell breaks loose, or her own chance for true love might just go up in smoke.

Wicked is in the eye of the beholder…

Lexi Balefire thought she was finished unearthing new and outrageous information about her heritage—turns out, she was dead wrong. Still reeling from the pain of ultimate betrayal, and the near-loss of her soul mate, Kin Clark, Lexi embarks on a journey through time, uncovering pieces of the Balefire family’s sordid past. Her mother’s witch blood combined with the divine essence of her father, Cupid, makes Lexi the most powerful Fate Weaver on the planet—but she’ll need to repair the pieces of Cupid’s Bow of Destiny in order to finally claim her birthright. The only way Lexi will succeed and keep her loved ones safe is to not get lost on her way to spell and back. No Chance In Spell – Book 4

You can’t keep a good witch down!

Clara Balefire spent the last quarter century imprisoned in stone for a crime she did not commit. Now she’s free and ready to take up where she left off. Before she gets the chance, another young witch turns up dead. Half the coven blames Clara, the other half expects her to solve the crime.
What is a witch to do?
With two Balefire witches in the house, the job of Keeper of the magical flame is up for grabs and Lexi Balefire must choose between giving up the position or the chance to go out on tour with her musician boyfriend.
But first, there’s a murder to solve. Lexi Balefire figures she can handle a little competition when a rival matchmaker comes to town. But Lexi isn’t expecting to have her entire life turned upside down. When Lexi’s true love, Kin Clark, returns from his rock tour without even letting her know he’s back in town, Lexi discovers she’s got more in common with her former arch-nemesis, Serena Snodgrass, than she ever thought possible.
Now, with her demigod half-brother—also the father of Serena’s unborn baby—back in the picture, Lexi must sidestep his attempts to sabotage her matches while watching her own love life go down the toilet. 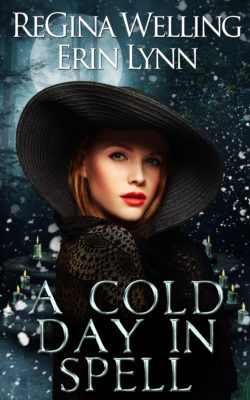 Still reeling from her breakup with musician Kin Clark—who doesn’t even remember she exists—Lexi has decided to let her inner goddess come out and play. As long as she foils Diana Diamond’s evil plan to sap the love from the earthly realm, Lexi figures she’ll be content to be a backseat driver in her own life. But when Kin comes back into her life in an unexpected way, she starts to question that decision. Now, the only question is: will the Goddess let Lexi back out?