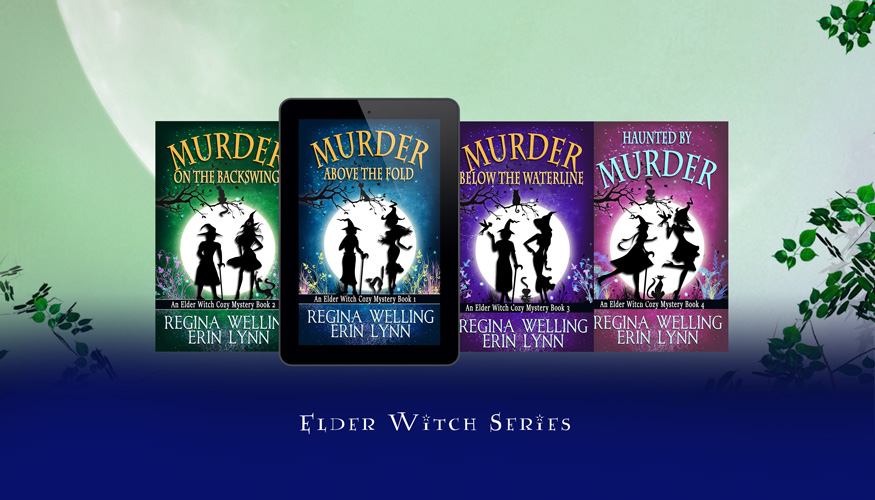 Murder Above The Fold – Book 1

Recent transplants to the quaint little town of Harmony, sister witches Clara and Margaret Balefire thought they were leaving the hectic pace of city life in their rearview mirror. Turns out, keeping up with a thousand-year-old coven leader with a penchant for magical mischief isn’t the most exciting item on their agenda. When Mag and Clara stumble over the dead body of a local woman, they refuse to let the ruling of accidental death stand—not when they’re positive it was murder. Murder On The Backswing – Book 2

Sister witches Magaret and Clara Balefire are starting to wonder if they should have opened a detective agency instead of an antique shop. For the second time since moving to the sleepy coastal village of Harmony, the pair find themselves involved in a murder investigation–only this time, finding the killer also means clearing the Balefire name. As if that weren’t enough drama, the thousand-year-old coven leader Mag and Clara are supposed to be keeping tabs on seems intent on exposing magic to the entire town. Murder Below The Waterline – Book 3

The town of Harmony’s annual canoe race is slated as the summer’s biggest event, and this year the prize is more prestigious than ever. Maybe that’s why someone had to resort to murder. Sister witches Mag and Clara Balefire might have to test the old myths about whether witches can swim in order to solve the case. 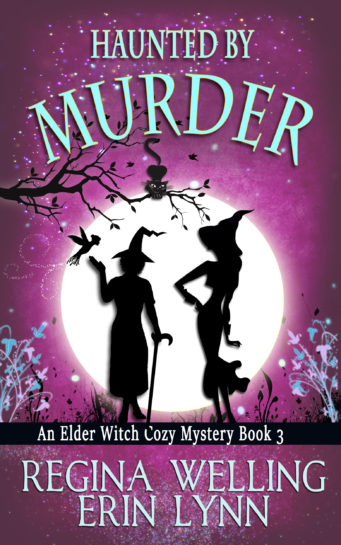 What will Mag Balefire do when someone from her past comes back to haunt her? When Bradley Graham disappeared a few weeks before his wedding, everyone assumed he had a case of cold feet. Except for his fiance and a dead medium named Roma.